Home » Barcelona on a budget

Barcelona on a budget 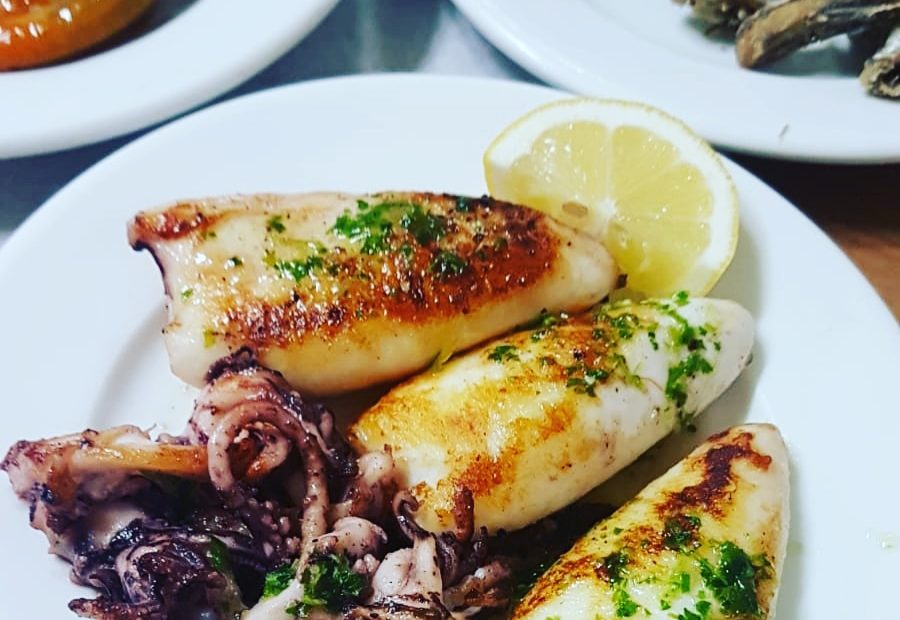 Ok, so I have officially hung up my wings from BA as a long haul Stewardess, a role which I played for over 21 years and ruddy loved, and after 3 months of my case laying dormant, I thought it would be really lovely to take it for an outing (Because I am all heart !). After a short deliberation, the destination Barcelona was selected, but me being me made sure we did Barcelona on a Budget. We, sorry I, had several options, and a small tick list which included 3 nights, less than 2 hours on a plane, NON-ARTIC temperatures and nothing that would make my minuscule budget collapse with fright. So after a weeks research Stewart and I had narrowed it down to Barcelona, Barcelona or Barcelona, so after a little bit of compromise, we agreed  to do Barcelona on a budget (thankfully, he agreed with me!) I get discounted flight tickets with BA and also have access to discounted booking rates at hotels, but the market has opened up so much over the years, that my discounts are a bit pants tbh, and it really pays to shop around. We checked out several well known travel comparison sites but what surprised me the most, was that we picked up a fabflippingtastic bargain on Easyjet Holidays, that put the other sites in the disappointing corner. We picked up a 3-night stay in a 4* hotel with flights from our local Airport which is Bristol for £333 for the two of us, which outshone any other priced break in Barcelona. Project Barcelona on a budget was on track!

But for us, the Cherry on the cake was booking through Quidco, We got 5% cashback off our final bill which made the break-even cheaper. I am sure some of you have got your calculators out and have worked out that it only saved us £17 of the final amount, but I look at it as being around 20 Euros for a free lunch stop, just for clicking through a cashback site, so it made me do a baby air punch.  We also booked our airport parking through Quidco which saved us another £7 as they had a special offer on with 38% off Purple Parking.

When we arrived in Barcelona, we could have paid around 40 Euros for a one-way taxi ride into the city, but as I have trained my better half well, he had researched and found a fab bit of kit that saved us heaps. There is a great way of getting from the Airport to the city, with a card called the Hola Barcelona Travel card. We chose a 22 Euro card each that lasts for 72 hours from its first ride activation, which was perfect for us on a 3 day trip, as it let ride up to the city and return to the Airport on the same card, as well as use all of the buses, trams and underground system during our time in Barcelona, which not only give us a lot of freedom, but saved us a lot of money and headaches as it is a very simple system to use. Barcelona on a Budget

As our flight had left Bristol at 7am, we touched down and was out of the airport by around 10am local time. We arrived at our vacation hotel in a stress-free manner and as we were early, our room would not be available until 3pm, so we dumped our bags and went out and found a local Tapas Bar that promised a nice selection of Tapas and Sangria. We were staying in a local residential area, around a 15 minute walk to the busier tourist areas such as the Gothic Quarter and Las Ramblas. A top tip is to always try and stay somewhere that is just out of the tourist trap areas as you will ALWAYS find a higher standard of eatery’s and bars, that do not charge WTF prices and have a local and regular clientele, that screams volumes!! I am not sure if it was luck, destiny or whatever but we found the best little place offering the sexiest little tapas for 1.90 euro a plate and some seriously decedent prosecco style Sangria that manage to turn our five minute stop into a three-hour gossip and people watching extravaganza. The place was called Blas 9 and it blasted any other Tapas bar out of the med as it was 50 shades of amazing. The Tapas bars in Las Ramblas had tapas for x3 times the price and were not a patch on Blas 9.

So after my legs starting to go numb from lack of movement, we decided to put on our tourist capes on and start our discovery of Barcelona. Our first stop was the Magic Fountains which are off during the day, however, the view from the top is breathtaking as you get a fantastic view of the whole city, from the beach to mountains and you can appreciate the sheer size of Sagrada Familia in the distance.

We then had a ten-minute walk to get the cable car which took us on a pleasant scenic ride to Montjuic castle. There are several cafes dotted around and you can stop off for a break, if your brave enough to walk up the hill instead of the castle, if not, there is a very nice walk that will take you around the outside of the castle, share beautiful views and not cost you a penny! Remember this is Barcelona on a budget!

I really, REALLY hate eating at the places geared up to the tourist’s and I think it is sooooo important to eat in a local and authentic place that will give you a real taste of its culture. I am going to share with you my two best finds, the first being a place called Can Mano on Calle de Baluard.

This place only opens at 8 pm, and has a very limited menu and you may have to queue, often with locals, to get a meal. We arrived at 7.45pm and was 3rd in the queue, but at 8pm the door opened and we were quickly seated and given a laminated menu offering, freshly caught fish, fried peppers and aubergine and even a house wine at 5 euros a bottle! By ten past eight, there was a queue of people waiting for an empty table, and after we were served our food, I can understand why. The sardines were delightful, the aubergines heavenly and the bill at under 30 euros for both of us was amazeballs! Ourbudget meal included Spanish bread and olive oil, patates fritas, sardines, calamari, fried aubergines and a bottle of red! Our second recommendation is a fierce little Spanish cross Mexican restaurant called Chilango’s on Carrer Nou de la Rambla 95. Amazing food, not badly priced but the top tips with this place are to try the Nachos as they are ace and secondly BOOK! The Gothic quarter is beautiful, with some breathtaking scenes where you can actually imagine how life was here all that time ago, get lost in the long and often narrow streets and keep a lookout as some old relics are often on display behind thick glass, but can easily be missed. I specifically said to Stewart that I wanted to visit a local market, but after we took a stroll around the indoor food market in Las Ramblas, I felt a tad on edge as it was so busy, and was scared to let go of my handbag, as EVERYBODY kept telling me to watch for pickpockets. The prices were high and a lot of the stores were cardboard cutouts of each other, so I found it very disappointing. However, afterwards we stumbled across the  Encants Market with its impressive mirrored top and vast array of stores, I officially had my fix! This market had such a crazy amount of action from street performers, antique stalls, bric a brac and a decent food hall, only offering fast and local Spanish fare.

I hope you have enjoyed my little tour in this gorgeous region of Spain, Please make this an addition to your bucket list, and please comment if you have any other top tips to help fellow memory makers enjoy Barcelona on a budget.

Fancy trying New York on a budget ! Maybe Paris? Somewhere else in France? Perhaps somewhere amazing for your honeymoon?

You might also like reading whether all-inclusive holidays save you money a Greece travel guide or the best places in Europe. Or what about Berlin on a budget?