Home » What to do during an earthquake

What to do during an earthquake 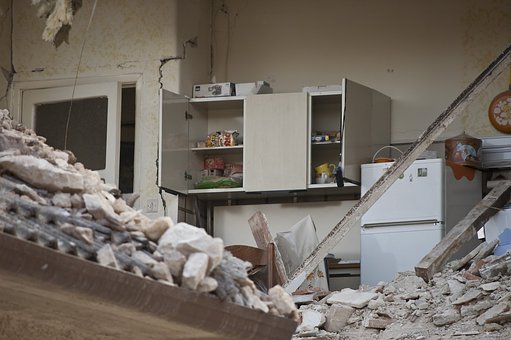 Ok, so most of us know that the beautiful Californian coast is due a minimum magnitude 7 earthquake, but very few of us are aware that New York is sitting on a very temperamental bit of rock that could see the city have a right old sway about. The last Earthquake to hit New York was thank fully back in 1884 and was a sizeable Magnitude 5, but if New York was to have a wobble today, it could mean a whole different story with the immense skyscrapers and complex under ground networks. A magnitude 5 earthquake, isn’t too grand, however, Imagine being at the top of a skyscraper when that starts rocking, I am guessing it could rival most theme park rides! Here is what to do during an earthquake. America is such a vast country and many a state and region has previously fallen foul to Earthquakes, back in 2001 Washington hosted a 6.8 earthquake and 1995 Texas had a 5.7 shake which rattled a lot of people’s cages ! Hawaii, Alaska and even Florida has grabbed a piece of the action but fortunately with minimum casualties ! what to do during an earthquake

If your ever experience an earth quake here are a few pointers !

* If your in a house, stay away from walls, heavy furniture or appliances. Get under a table and cover your head, don’t get under a door frame, this myth is a pile of pants !!

* If your in a Public space or an office block, stay away from big windows or large walls, and for god sake, DO NOT use an elevator !

*If your outside look out for power lines, trees or falling debris. If your near the ocean be aware of tsunamis if it has been a large quake and head for high ground.

*If you are driving, pull over and avoid parking under bridges. When you start driving beware of after shocks and hazards on the road.

*When you have stopped rocking, check your area is safe to stay, help any injured people and look out for emergency vehicles !

* Be prepared for phone lines and electricity to be down and if you leave your area, leave a note to inform anyone of your location.

* You may experience several after shocks, so adopt the same principles. Let’s be honest though folks, you probably have more chance of being run over by a milk float than being in a Major earthquake, so don’t worry yourself into an early grave, However being prepared is always a wise option, so know what to do during an earthquake.